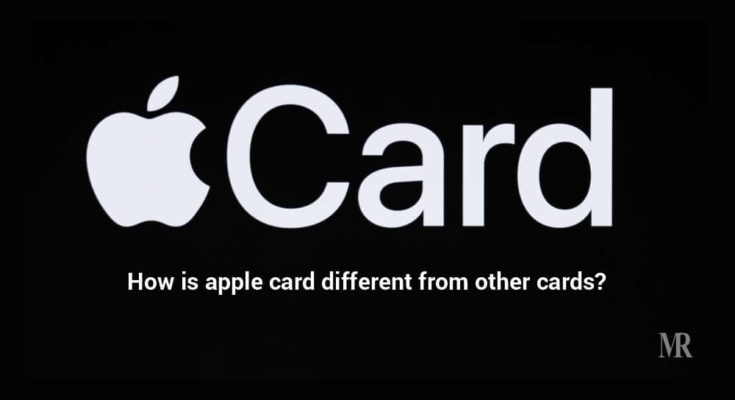 On March 25, 2019, it was no ordinary day for all the Apple fans. In a special event, Apple announced the “Apple card”. From the past couple of years, I have been closely following every Apple event. But somehow I missed this one so to know more about it, I Googled “Apple Card”. As expected loads and loads of information were displayed but there was still confusion about what exactly an apple card does and how it is different from other cards?  How many of you remember the event? Many things were announced such as Apple arcade, Apple TV+ and Apple Card was one of them. This event was tagline as “It’s Showtime.”  To clear all the confusion we will discuss everything about Apple card one by one and how it is different from other cards.

To start with we will first look at the appearance of the card. As we all know Apple is known for its quality of products. The first difference which can be noticed about the card is that it is made up of titanium. The feel of the card is very premium by the look of it and you can make out that is made by Apple. On the front top side you get Apple’s famous logo and as you go down you can see cardholder’s name engraved. As it is not like traditional cards, it’s missing on card number or expiration date on the front. The back of the card has no signature or no CVV just the branding of the bank’s branding and MasterCard written on the top side. From far it looks like any other ordinary card but it’s actually pretty different.

The card weight around 14.7 grams which is lighter than AMEX platinum and heavier than the chase Sapphire.

Many of you might be wondering, who can get Apple Card? Anyone who is 18 years or above and is a U.S citizen. (For now)  Obviously, the first thing you need to have is an iPhone that is running on iOS 12.4 or later so that you enjoy the seamless transaction.

How is Signing of Apple card different from traditional card? 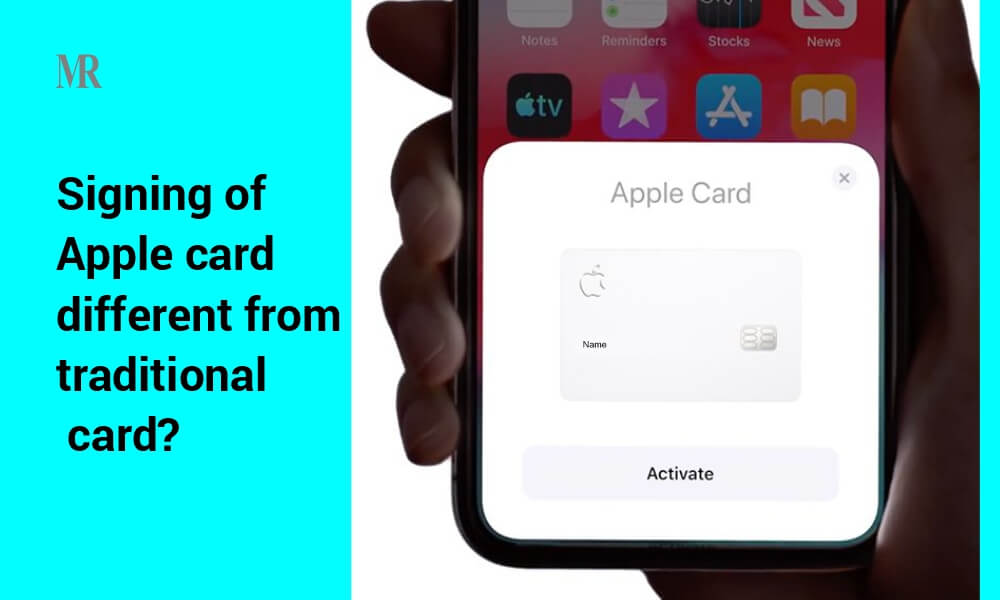 Making payment with the Apple Card

The major difference which makes the Apple card different from traditional cards is that only one user can use the card. With the Apple card, there is no option of sharing the card or using the card by multiple users at the same time.

Unique card number is created on the iPhone that is stored in the secure element. To confirm the payment, the user is required to use Touch ID or Face ID along with a onetime unique dynamic security code that comes while payment.

Availability of the Apple Card

Currently, the Apple card is available in United States. In the coming years, the card is expected to be launched in other countries as well. Apple is in talks with European regulations for expansion in Europe. Apple card will be available in all the regions where Mastercard is accepted. 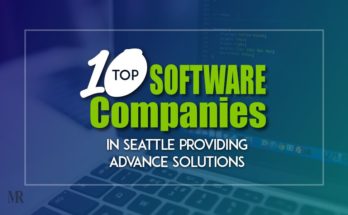 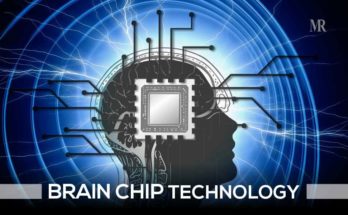 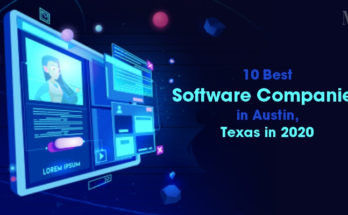